Happy New Year, you guys! Glad to be back in business. 😀

This review is going to be in English because the first author who has ever sent me an advanced reading copy of their book happens to be English as well. 🙂

V.S. Nelson contacted me at the beginning of December to ask if I was interested in providing an honest review for their, and I quote, “children’s fantasy time-slip novel”. After having checked The Keeper of Portals on Goodreads, I eagerly replied that I couldn’t wait to read the book after I was done with my Christmas book marathon. V.S. Nelson was the first author to ever request a review from me, and it was because they had liked my minireview of Cogheart earlier last year (longer Romanian review here). Also, I’m using “they” because the author would like to remain gender neutral, their name actually coming from their cats and children. 😉

The story follows 15 year-old Martin, who recently moved into an enourmous, labyrinthine house, part of which is about to collapse into the sea. Little by little, due to some bizarre episodes that may or may not be related to the house itself, Martin discovers that the whole universe is under the protection of creatures called keepers. From the tiniest objects to time itself, everything has its very own such keeper.

The boring life Martin was leading changes when he meets the Keeper of Portals, the one who makes sure that when you open the door stepping into your bathroom, you don’t end up falling out of a flying plane. It is because of Portals that Martin then meets Isabel, a housemaid who lives in the same house, only 400 years into the past; that’s how the whole time travelling adventure begins. 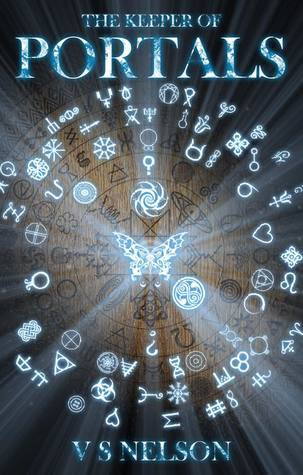 First of all, I found the plotline to be highly original. Even though time travelling is a very exploited subject in the YA fantasy world, this particular story really stands out through its simplicity. It’s cleverly crafted, thus avoiding all the YA clichés I’ve heard of or experienced myself. The adventure is gripping and compelling; I just couldn’t put the book down and I’m not even a massive YA fantasy fan. Because this is a stand-alone volume, I didn’t feel the story needlessly stretching out or dragging – it’s just the perfect length!

I loved the fact that the bad guy is a greyish character. You could actually empathize with him and understand the reason behind his awful actions. Sadly, it’s not often I can say this about a YA book, or any book for that matter.

Isabel is another reason I enjoyed this book so much. The author did a great job with this character in particular. I found her determination fascinating and the way she deals with the present and reacts to the changes is endearing – it reminds me more of a generation gap than of a person who *actually* lives in the past. I liked her vocabulary and the fact that the author managed to create an authentic language for her, much different than the one used by the characters living in the present. Martin is great too, but I know these contemporary kids too well to be impressed by their manners or way of thinking, so Isabel stole the show. 🙂

The house itself is stunning. I was amazed by the maze being so powerful and potent for the action. It was vividly depicted and I love that about any book revolving around a decaying mansion.

The ending was not happy and not at all predictable – a non-hollywoodian choice for a finish is always a big, big plus in my book.

Lastly, even though the adventure is the most captivating part of this book, I loved that the author didn’t stop there. The Keeper of Portals also has a (sort of a) hidden message, but I think the whole metaphor can be understood if you read closely one page, a single page towards the end of this entire volume. V.S. Nelson uses his story to kind of low-key tell us the present IS better than the past, regardless of the people who blow themselves up, start wars or fly planes into buildings in the name of one god or another.

It is not about the people who follow blindly, it is about those who refuse to.

Overall, I’m about to make a controversial statement here: I liked The Keeper of Portals more than I enjoyed the Miss Peregrine trilogy. There, I said it. Being a self-publishing effort, I doubt it will ever come near the success or exposure of Miss P, thus making it impossible for the world to agree with me :D, but I’m ready to launch myself into this abyss.

Had I been V.S. Nelson, I would’ve written and re-written certain passages until they sounded just right. Although I appreciate the simplicity and elegance of the author’s approach to the more scientific part of the book, I would’ve liked for them to avoid confusion at all cost. There are times in which they get too carried away with the explanations and forget about concision, continuity and style. Fortunately, those bits were short and not very numerous.

I recommend this book to everyone who likes certain ideas of YA books, but is often disappointed in the writing or the plotlines. If you’re looking for an original, well-crafted fantasy story with gripping action and at least one remarkable character, pick up The Keeper of Portals. It is clever enough to stir a little something in everyone!

This book will be published on January 28th. The cover is pretty amazing if you ask me, but I don’t think it’s doing justice to the antique feeling of the story – just my two cents.

You can find V.S. Nelson’s Goodreads page here and Twitter account here. There is another V.S. Nelson on Goodreads, but that lady writes Egyptian erotica, so make no mistake there. 😀

*I gave The Keeper of Portals 4 out of 5 stars on Goodreads.

Photos shamelessly snitched off of V.S. Nelson’s Twitter without even asking. Forgive me! 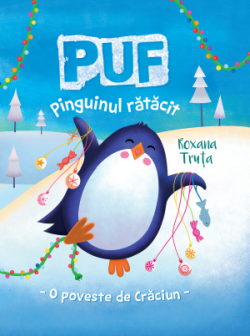 The Complete Stories of Sherlock Holmes
by Arthur Conan Doyle